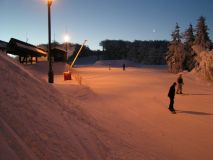 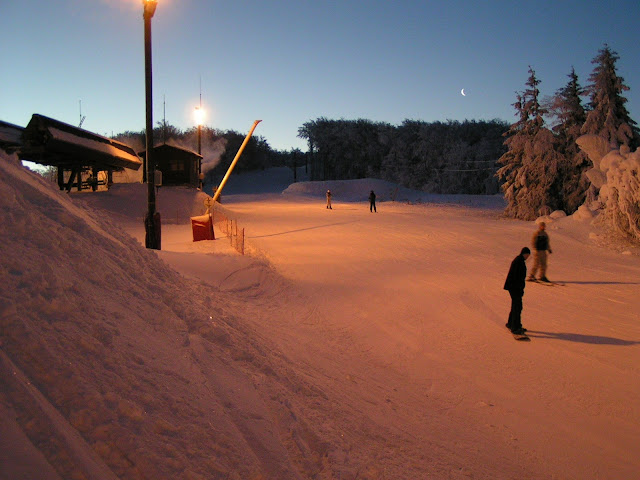 Smaller resorts across the alps can now offer a six day lift pass for as little half the price of their larger neighbours, and indeed for less than many Eastern European resorts which have built a reputation for being cheap and cheerful.

La Bresse Hohneck, for example the biggest ski area in North Eastern France (making it the closest to drive to from Blighty) has only 450 metres of vertical and a little over 20k of piste but its six day lift pass is half that of bigger areas further south at 124.70 Euros for six days low season.

La Bresse claims to have the largest night skiing area in Europe (operational until 10pm on Tuesdays, Fridays and Saturdays) and over 280 snow-making cannons ensure that 70% of the 220 hectares of skiable terrain is covered.

Interestingly it makes use of its floodlighting not just at night but offers a special pass, inclusive of breakfast, for people who want to get up and ski at 6am or (slightly more expensive) 7.30am. Prices are from 17.90 Euros for five hours from 6am to 14.60 for 5.5 hours skiing if you lie in until 7.30. A night skiing version including an evening meal is also available.

Oh
www  New and improved me

sounds like a good deal to me. Half the price for 20k piste is allright.

I couldn't agree less. That's about 10% of what I'd usually expect from a resort in 6 days, so therefore value would be 10%.
Problem is, no matter what you pay for it, 6 days of the same few runs just wouldn't be enough
www  New and improved me